Dan graduated from the University of Rhode Island’s Doctorate of Physical Therapy Program, and joined the team soon after in June of 2012. He has clinical experience in outpatient orthopedic settings in Rhode Island and Arizona, and he has also spent time working with patients in the acute inpatient stages of rehabilitation at Rhode Island Hospital. He has an interest in orthopedics and sports medicine with an affinity for shoulder related impairments. When he is not working in the clinic, Dan enjoys playing sports of all types, snowboarding, hiking and spending time with family and friends. 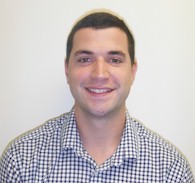 Tom is a Maine native who attended physical therapy school in Maine at Husson University. Where he received his Bachelors in Kinesiogloy and his Doctorate in Physical Therapy. Tom began his career as a traveling Physical therapist working in Maine and Rhode Island. He signed on with Warwick Physical Therapy in September of 2015 after being wooed by the top notch staff and exemplary clientele. Tom’s area of interests in Physical Therapy are in Orthopedics and sports rehabilitation. When not enjoying himself at work, Tom spends his free time spending time with his loving Fiance along with playing Racquetball, basketball, hiking and enjoying life in Rhode Island.

A graduate of Community College of Rhode Island’s Physical Therapist Assistant Program, Anthony joined our team in December of 2011. He previously worked at Fatima Hospital in acute care with orthopedic post operative patients. He has an interest in orthopedics and sports medicine and plans to pursue this avenue of physical therapy in his future career. In his spare time, Anthony serves in the R.I National Guard as a Combat Medic, and can be found at the gym training for Tough Mudder and Spartan competitions, snowboarding, fishing and playing with his boxer, Kenji. 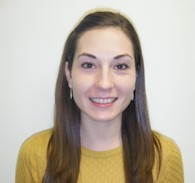 Liz began her education at Dean College where she majored in dance and discovered her interest in anatomy and kinesiology. She then earned her physical therapy assistant degree at the Community College of Rhode Island and began working at Warwick Physical therapy Institute in March of 2014. In her spare time, Liz enjoys dancing, bike riding and spending time with her family and friends

A recent graduate from the Physical Therapy Assistant program at Community College of Rhode Island, Jon joined our team in February 2015. Jon has 10 years experience working as a Personal Fitness Trainer, most recently at LA Fitness in Cranston. He has special interests in orthopedic related injuries, with expanded knowledge on post-operative shoulder rehabilitation. In his free time Jon enjoys outdoor related activities such as golf, fishing/hunting, and spending time with family, friends and his new dog “Hunter”! 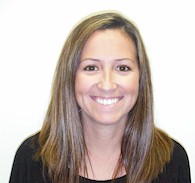 With over fourteen years of experience in the health care industry, our administrative manager Melissa has worked in both physical therapy and surgical practices throughout Rhode Island. In 2004, Melissa earned her certification in therapeutic massage therapy from the Bancroft School of Massage Therapy. Melissa uses her extensive knowledge of billing and insurance here in our office at Warwick Physical Therapy Institute. When Melissa is not in the office, she’s spending time with her husband and two children. 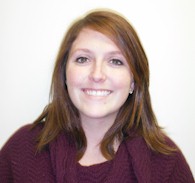 A recent graduate from the University of Rhode Island, Lindsey has been working as a physical therapy technician at Warwick Physical Therapy Institute since May 2014. She is currently enrolled at New England Institute of Technology working to becoming a COTA. Between studying and working, Lindsey enjoys kickboxing and playing with her rescue puppy Ozzy. 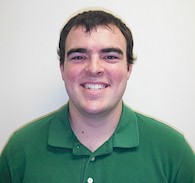 Ian is 22 years old and grew up in Ashaway, RI. He graduated from the University of Richmond in May, 2015 with a Bachelor of Science in Biology and is currently looking to pursue a career in Physical Therapy. For hobbies he plays quidditch for a community team out of Boston and skis every weekend in the winter.

A native of Springfield, MA, Marissa recently relocated to Exeter after graduating from the University of Rhode Island where she received her Bachelor of Science in Kinesiology, along with a minor in psychology. She plans to pursue a Master’s degree in Occupational Therapy after gaining experience in the field. She has a strong interest in working with the pediatric population. In her free time, she enjoys being a nanny, coaching figure skating and spending time with friends and family.